Problems with LOJIC Online. Google how to clear browser data for your internet browser. 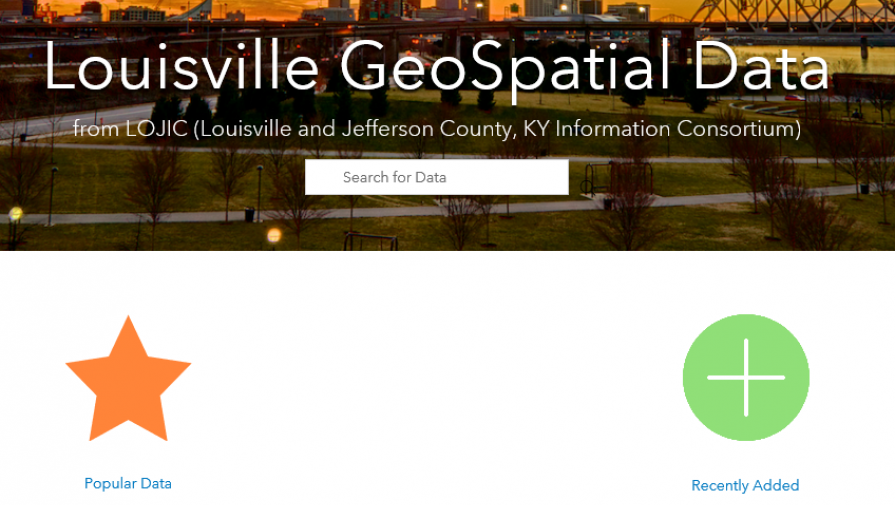 It is also connected to other open geospatial data portals, enabling users to find even more data, documents and apps & maps. Through the LOJIC GeoSpatial  Data Portal users can access content from the Kentucky Geological Survey (KGS), the Kentucky Division of Geographic Information (DGI), the U. S. Department of Housing and Urban Development (HUD), the Federal Emergency Management Agency (FEMA) and the U. S. Department of Transportation (USDOT).

In the future, we hope to connect to focused initiatives that would bundle together data, documents and apps & maps pertinent to specific topics like the History of Redlining in Louisville or Dockless Vehicle Usage for easier access.